More than 30 jobs created as publisher launches and revives titles 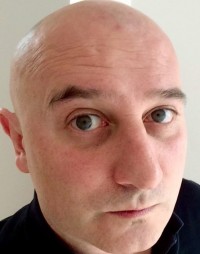 More than 30 new jobs are being created by the launch of new titles and the revival of a publication which was shut down two years ago.

Reach plc has announced a series of new launches in Scotland – including a new Aberdeen Live website and the first-ever online version of the Scottish Daily Express.

Ten journalists, including an editor, will be taken on to launch Aberdeen Live, which will go head to head with DC Thomson’s two daily newspapers in the city, the Press & Journal and the Evening Express.

And the publisher has further revealed the return of Football Scotland, which closed in September 2019 after just nine months in business.

An eight-strong team, including an editor, will oversee Football Scotland, the relaunch of which comes after rival publisher Newsquest announced the launch of two new subscription-based sites dedicated to Scottish football clubs Rangers and Celtic.

Reach is also recruiting for additional roles for the Daily Record, Edinburgh Live and Glasgow Live, while 12 new roles, including a head of live news and three politics writers, will be taken on as part of the expansion at the Scottish Express.

Reach’s Scotland editor-in-chief David Dick, pictured, said: “This is a great time to be expanding our journalism across Scotland.

“We have a strong sense of what our readers want and how to deliver it, and are excited to be bringing more Scottish voices and insight to the fore.”

“Football Scotland will benefit from our now tried and true model for attracting and engaging large football audiences. I’m thrilled to bring back a unique voice in Scottish football coverage.

“Similarly, I’m looking forward to attracting a new generation of online readers to Aberdeen Live, following the successful model of our other online launches in recent years.”