A regional publisher is closing a dedicated football news website – with one job set to be lost as a result.

Reach plc has confirmed Football Scotland, which was launched in January, will cease to exist as an independent identity, with content instead appearing on the Daily Record’s site.

Five journalists currently work on the site, but only four will move over to the Record.

Two staff members are in consultation for redundancy as a result, although only one role is set to be lost. 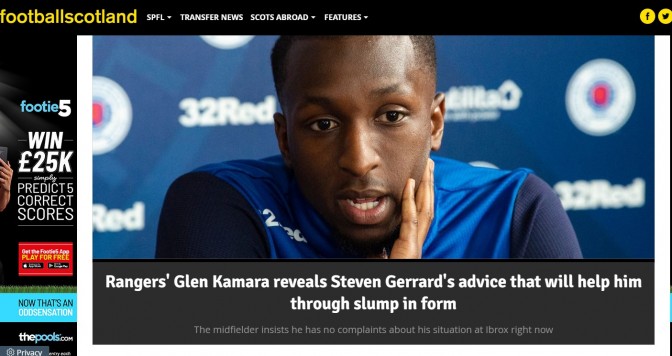 David Dick, Reach plc’s editor-in-chief for Scotland, said: “The team at Football Scotland has done a terrific job at creating a distinctive new voice in Scottish football which has attracted a large and loyal audience really quickly.

“We have been extremely pleased with the traffic it has generated and that continues to grow every month.

“We are confident that by moving this style of content to our flagship website dailyrecord.co.uk, which already has a huge daily football audience, even more people will be able to enjoy it and it will continue to excel.

“Constant experimentation is crucial for our journalism to thrive, and we believe we can grow this successful project further under the banner of the Daily Record, Scotland’s newspaper of the year and biggest online news title.”

Football Scotland launched with a focus on news, features and fan-focused content in the model of Reach’s existing Football.London site.

It was initially edited by Gregor Kyle, who previously served as launch editor of Reach’s Glasgow Live news website.

Gregor left the company in March to become a content editor at Frame, a Glasgow-based creative communications agency, and he was subsequently replaced by Daily Record journalist Jonathan McFarlane.