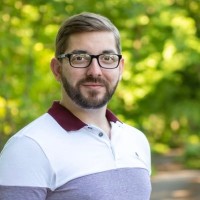 An independent local news website has closed after its founder joined a regional publisher to help launch a new title on the same patch.

The closure of Wiltshire 999s, which covered the work of the county’s emergency services over the past four years, also affects the title’s West Wiltshire reporter Estelle Legg.

Daniel, pictured, announced the move in a statement on Facebook.

He wrote: “Being a journalist in today’s world is tough – you work around the clock to keep people informed whilst being threatened and abused from every direction. It’s even tougher when you’re responsible for your own website, including its revenue.

“Whilst Wiltshire 999s isn’t in financial difficulty, I have decided to take a news reporter role with Reach plc – the largest national and regional news publisher in the UK – ahead of its launch of Wiltshire Live.

“This decision alleviates the pressures of running my own website, whilst allowing me to continue doing what I love. It means Wiltshire 999s will no longer publish news.

“My website currently boasts a readership of more than 350,000 monthly readers and I hope you all follow me over to Wiltshire Live, where I will be reporting not only on 999 news and the courts, but other more positive stories which matter to the county’s communities.”

Reach revealed plans to launch in Wiltshire earlier this year as part of its plan to cover every county in England and Wales, although the title is currently only active on social media.

Daniel went on to issue a warning to those who abuse journalists online after Reach last week announced it was to appoint a dedicated online safety editor.

He wrote: “I anticipate that my haters (well, I call them fans) will also follow my journey, and attempt to disrupt it. With thousands of employees, Reach plc are well well-versed in dealing with those who target and abuse journalists, and in turn their brand.

“They will certainly be able to take a strong course of action against said people – more than I ever could working alone.

“From the bottom of my heart, I want to thank everybody who has supported, contributed to and engaged with Wiltshire 999s over the past four years. It has only grown to be what it is today because of you.

“Each and every person who has shared a story, liked a Facebook post and talked about my work has contributed to Wiltshire 999s – and that includes the haters, bullies and trolls.

“I would like to thank my West Wiltshire reporter Estelle for her dedication over the past two years, helping to break some of our biggest stories.

“I’d also like to thank those who have worked on Wiltshire 999s behind the scenes, helping us to keep the county informed.”