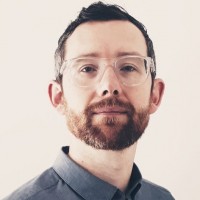 JPIMedia’s new slate of city news websites has launched with a pledge to “start fresh and interesting conversations” on their patches.

Glasgow World, Liverpool World and Manchester World have all gone live this morning following the announcement of their launch last week.

All three titles will be vying editorially with established Reach plc titles in the cities they serve, while Glasgow World will also provide competition for Newsquest’s Glasgow Times.

A total of eight news sites are being launched by JPIMedia away from its traditional heartlands as part of an expansion of the company’s coverage of the country’s “major metropolitan centres”.

He is joined by football writer Will Rooney, another Merseyside native who has joined from JPIMedia’s Portsmouth daily The News, and broadcast journalist Emily Bonner.

In a welcome editorial, Dominic wrote: “At LiverpoolWorld, we want to celebrate it all as we offer a fresh perspective that strikes a chord with the proud people that live, work and play here.

“Our local team, who all live in Merseyside, understand the culture of Liverpool and will provide insight, opinion and expertise on the news, issues and events that animate this great city.

“We want to be passionate champions for the region, but will never shy away from asking challenging questions on the big issues that matter to you.

“At LiverpoolWorld, we want to start fresh and interesting conversations on city life.”

Online traffic from JPIMedia titles including the Carluke Gazette and Motherwell Times is now being redirected to specific channels for their patches on the Glasgow World site.

Rosalind wrote: “It has been a hectic few weeks but we have finally launched Glasgow World, so what can readers expect?

“Glasgow World will showcase the best of Glasgow, aiming to become a one-stop-shop for both residents and visitors looking for a guide to what’s on, where to eat and drink and what issues are affecting life in Scotland’s biggest city.

“With a daily newsletter that will share the top stories, advice and happenings, the site will also offer a curated selection of news with a focus on the political decisions that will affect Glaswegians.”

Jenny wrote: “We’re here to bring you insight, analysis and unique perspectives on the news and developments that matter most in your day-to-day lives.

“We’ll dig into the big issues which affect our city, from the environment to transport – but also offer you the inside track on Manchester’s vibrant social scene and sports clubs.

“We want to champion the multitude of areas where Manchester leads the way and be a positive voice for our city – but we aren’t afraid to scrutinise things which need to improve too.

“Most of all, we want to hear from you – let us know what’s new and what matters most to you and we’ll shine a light on it.”

JPIMedia had previously slated Newcastle World for launch today, but it will now go live in the coming weeks in addition to sites covering Birmingham, Bristol, London and Wales.

JPIMedia’s online editor Mark Thompson told HTFP: “We are delighted to have successfully launched new websites in Manchester, Liverpool and Glasgow with new, passionate teams who are determined to provide quality, local journalism that people living and working in those cities will be proud of.

“We’re looking forward to seeing and hearing the feedback from readers over the coming days, weeks and months as we shape these titles on an individual basis to truly represent the communities that they serve.

“We have more launches to come over the coming weeks that will greatly increase our news, lifestyle and sport coverage across the UK, so watch this space.”