Editor demands even more competition as JPIMedia launches on patch 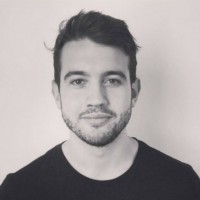 An editor has demanded even more competition on his patch as JPIMedia is due to launch a new title there today.

Joshi Herrmann, founder of Manchester-based online title The Mill, says he wants to see more plurality in local news for cities and towns across the United Kingdom.

His remarks come after JPIMedia revealed last week that Manchester World would be one of eight new online launches in the UK’s major cities, with four of them set to go live today.

Other titles serving Manchester include established Reach plc daily the Manchester Evening News, as well as independent titles such as the Manchester Meteor. Hyperlocal publication the Salford Star recently announced its closure after 15 years in business.

Joshi, pictured, told national daily the i last week he believed there should be “five different newspapers in cities like there used to be in the 1900s”.

Speaking to HTFP, he said: “You don’t have to look back so long to find this plurality. I think that should be the aim.

“We should get a sense of pluarlity back and with different types of outlets – quality outlets covering culture, politics or news and crime. People who do long-form stuff and shorter journalism.

“I think that’s why when you look at some cities and towns and see one dominant paper it’s a really bad state for local and regional journalism to be in.

Added Joshi: “Single newspapers having a monopoly in a city or town is a disaster. It’s not good for readers and breeds complacency.

“The Mill shouldn’t be the only alternative in Manchester. There should be half a dozen and that would be healthy.”

The Mill currently has 925 members who pay up to £7 a month and contribute more than £65,000 in income, according to Joshi.

It has also launched sister titles the Sheffield Tribune and The Post, based in Liverpool.

Asked if he would prefer bigger publishers or independents to provide the competition for news, he said: “Independent titles would be more interesting but the most important thing, regardless of whether it’s independent or corporate, is the quality reporting they do.

“The way we should judge this is ‘are they doing genuine, important journalism?'”