Four regional dailies scored a hat-trick of prizes each at this year’s Regional Press Awards as journalists were honoured for their work during 2020.

The Echo’s success was capped off with individual awards for political editor Liam Thorp, who was named Specialist Writer/Impact Journalist of the Year, and court reporter Neil Docking, who won Digital Live News Reporter of the Year. 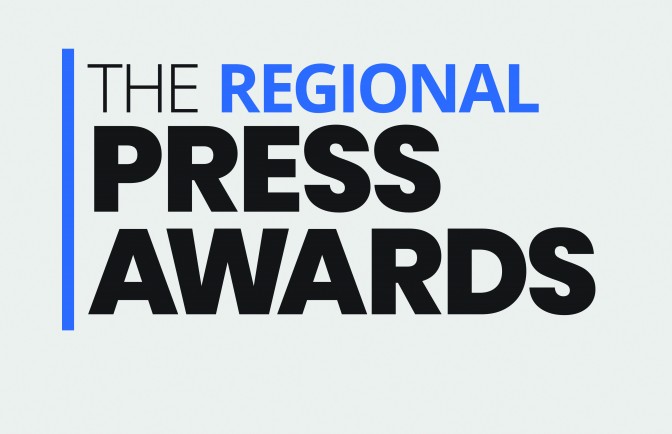 Wales Online, another Reach title, won Scoop of the Year for its story on coroanvirus in Welsh care homes, while its journalists Abbie Wightwick and Will Hayward triumphed in the Reporting Communities Award and Data Journalist of the Year categories respectively.

Eastern Daily Press editorial designer Georgia Robinson won a brace of titles, being named Designer of the Year for both Newspapers and Magazines/Supplements, while the EDP itself received Supplement/Section of the Year for its magazine The Business.

The awards, designed to recognise excellence throughout the regional and local print and online media, were organised by the Society of Editors and supported by the Facebook Journalism Project and a host of other sponsors including HoldtheFrontPage.

Society of Editors executive director Dawn Alford said: “The work done by the journalists, photographers, designers and editors showcased in these awards is inspiring.

“In such a difficult period of time, their work has been essential in keeping the public informed, campaigning on issues, making us laugh and making us cry.”

The prizes for the best daily and weekly front pages, sponsored by HoldtheFrontPage, went to the Teesside Gazette and the Impartial Reporter.

The Enniskillen-based Reporter’s John McVitty was named Weekly Photographer of the Year, while Kevin Scott, of the Belfast Telegraph, won the equivalent Daily/Sunday title.

A Special 2020 award, recognising the work of the sector during the coroanvirus pandemic, was given to the Aberdeen Journals Home Delivery Team.

Sarah Brown, Facebook’s Head of Northern Europe News Partnerships, said: “It has been a remarkable 18 months by any standards and the courage, bravery and incredible work all the journalists and teams nominated have done has been truly inspiring.

“Please keep up your extraordinary work reporting on communities across the country, helping them keep informed in times of crisis. It is remarkable work and I’m glad it is being rewarded.”

The Cathryn Nicoll Award – in association with the NMA
Winner: Sian Bayley, MyLondon

Front Page of the Year – Weekly Papers – sponsored by HoldTheFrontPage
Winner: We didn’t get to say goodbye, Impartial Reporter
Highly commended: ‘Be safe, be careful and don’t do anything I wouldn’t do’, WokinghamToday