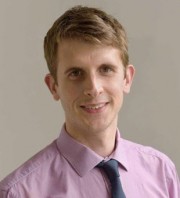 A senior editor has left a regional publisher to become a fact-checker for Facebook owner Meta.

Tom Bristow has departed Archant, where he had served as editor of its investigations unit for the past six years.

Tom, pictured, has joined Meta in a bilingual English and German content curator role, which will involve him “finding, checking and promoting accurate content around Covid-19, climate change and news articles more generally”.

Archant has yet to announce a replacement for Tom although the role has been advertised.

Speaking to HTFP, he said: “Being editor of the investigations unit has been a huge and important part of my life for the last six years.

“I’m incredibly proud of the work my team has done, winning a host of awards, most recently at the RPAs, but more importantly causing change for the better in their communities.

“They have been and still are a pain in the backside for the incompetent, hypocritical and criminal.

“The work is tough and those who have done it will forever have my respect and hopefully friendship too.”

Tom began his career in 2010 working as a reporter for Trinity Mirror’s Merseyside titles including the Southport Visiter and Liverpool Echo before moving to Archant the following year.

While at the Norwich-based publisher, he also worked weekend shifts for the Sunday Mirror and Sunday People between February 2012 and July 2013.

A graduate of the University of Edinburgh in European history and German, Tom then spent a year in Germany as editor of English language news title The Local Europe.

In 2014, he returned to Archant as digital editor for the Eastern Daily Press and Norwich Evening News prior to taking up his most recent role two years later.

Tom added: “I’m moving to a new role because I want a change.

“I’ve spent most of my 13 years in journalism in the regional press and I want to see what other industries are like.

“That is why I’ve taken a job with Meta as content curator where I will be finding, checking and promoting accurate content around Covid-19, climate change and news articles more generally.”