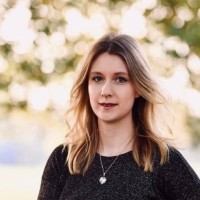 A Regional Press Awards winner has left her role at two sister dailies to join a national title.

Emily Townsend, who was named Daily/Sunday Reporter of the Year at last month’s awards, has said farewell to Archant after six years.

Emily, pictured, has left the publisher to become a correspondent at the Health Service Journal.

She first began working for Archant dailies the East Anglian Daily Times and Ipswich Star in 2015.

After becoming a senior journalist, she was promoted to chief reporter in 2018.

Last year she moved to become a correspondent in Archant’s investigations unit.

Bidding farewell, Emily posted on Twitter: After six years as reporter, chief, then investigations at the EADT and Ipswich Star I’m leaving to become a journalist and correspondent at the HSJ.

“Sad to leave some brilliant colleagues, but I’m so excited to start.”