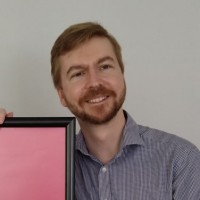 The first Facebook-funded journalist to join a regional press newsroom has left for a new public relations role at a firm where he will soon be joined by his old editor.

Steven Collins was the first of 80 community news journalists to be employed under the UK-wide scheme in 2019, and has spent two years based at the Worcester News newsroom.

Steven, pictured, has now moved to work for Malvern-based Sanity Marketing, where he oversees a team of writers.

The 41-year-old is soon to be joined at Sanity by Michael Purton, who is leaving his role as editor of the News to become the company’s head of PR.

Speaking to HTFP, Steven said: “I was at the paper for a year when the pandemic hit so it was a massive learning curve as the whole of the industry was hit hard and luckily I wasn’t furloughed or let go.

“I’m glad to see the CNP extending the original contract of two years for at least another year for my friends in the industry who were on the same scheme.”

Facebook confirmed in December it was extending the Community News Project for another year and investing an additional £2.25M into the scheme, which is administered by the National Council for the Training of Journalists.