A 39-year-old former care worker has fulfilled a lifetime’s ambition to become a journalist after becoming the first of the Facebook-funded community news reporters to be appointed.

Steven Collins, who has Asperger’s Syndrome, has started work at Newsquest’s Worcester office today and will focus on covering stories from the county’s rural commununities.

He is the first 80 community news journalists being funded for two-year fixed-term contracts by a £4.5m charitable donation from Facebook to the NCTJ.

The training organisation is working with regional publishers to roll out the scheme which, as well as ensuring news coverage for “under-reported” areas, also aims to increase diversity in newsrooms. 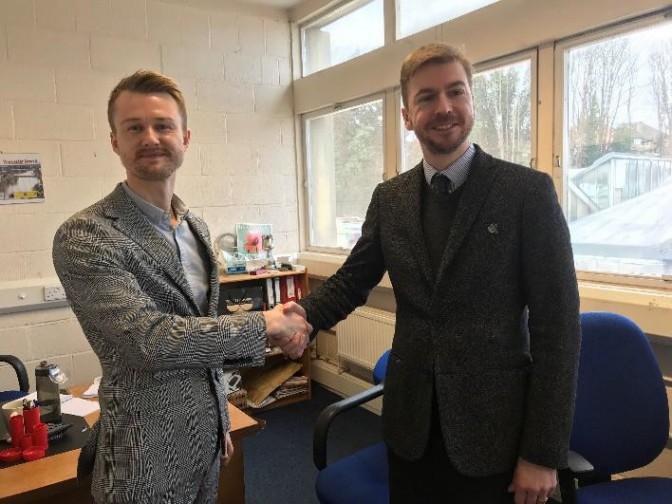 Steven, who said he has “Asperger syndrome and is proud of it”,  previously worked in the care industry supporting people with mental and physical disabilities.

He is halfway through studying for the NCTJ diploma in journalism by distance learning.

He said: “I cried when I was offered the job because it was my life’s ambition to become a journalist and I never thought it would happen. It was a very emotional moment for me.

“I’m really looking forward to giving a voice to people in rural communities who perhaps feel their views and issues aren’t always heard.”

Newsquest Worcester’s editor, Michael Purton, said: “I’m really proud that we’re the first to appoint a Facebook funded community reporter, and I’m even prouder that we’ve taken on Steven as it’s fantastic to help someone realise a lifelong ambition that they thought would never come true.

“During the recruitment process, I was blown away by Steven’s passion for local journalism and his determination to become a reporter. He’s going to be a huge asset to our newsroom.

“We all know how important Facebook is for helping local newspapers connect with their community, so for Facebook to fund these roles is fantastic for our industry.”

Other community news reporter roles for JPIMedia, Archant and Baylis Media are currently being advertised here.