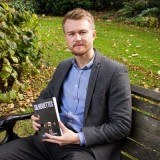 A regional daily editor is leaving his role after three years to take up a new position in public relations.

Michael Purton has confirmed his departure from the Worcester News, which he has edited since Christmas 2017.

Michael has also served as regional editor of Newsquest’s titles in Worcestershire and Gloucestershire, which includes a number of weekly titles, for the past two years.

He is leaving to become head of PR for Sanity Marketing, which is based in Malvern, Worcestershire, where he will lead the team in providing content for national publications.

Michael told HTFP: “I’ve thoroughly enjoyed my time with Newsquest and will be very sad to say goodbye but, after 14 years in regional journalism, now feels the right time for a new challenge.

“I’m very proud of everything we’ve achieved at the titles I’ve led, especially the incredible job we’ve done in the past 12 months by being the trusted source of information for our communities during the Covid pandemic.

“I’d like to thank everyone at Newsquest who I’ve worked with – we have a fantastic team with some of the best minds in the industry, and it’s been a pleasure to be part of that team.”

Michael, pictured, has worked in the regional press for 14 years.

He was editor of the Stroud News & Journal, Gloucestershire Gazette and Wilts and Gloucestershire Standard from 2015 to 2017 before taking on the News following the departure of Peter John.

Michael later regained oversight of the Gloucestershire titles, in addition to his duties in Worcestershire, following a 2019 management reshuffle.

During his time as editor in Worcester, the News won Newsquest’s News Brand of the Year award for 2018, and the Midlands Media Award for Campaign of the Year in 2019.

Newsquest is currently seeking a replacement for Michael.