Editor promoted to top job at daily where she began career 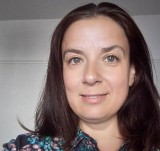 An editor has been promoted to the top job at the regional daily where she began her career.

Newsquest has unveiled Stephanie Preece as the new editor of the Worcester News in a move that will see her become the company’s regional group editor for Worcestershire and Gloucestershire.

Stephanie, pictured, has been editor for Newsquest’s Stourbridge division since 2018.

She will retain responsibility for the division’s titles – the Kidderminster Shuttle, Stourbridge News, Dudley News, Halesowen News, Bromsgrove Advertiser and Redditch Advertiser – in her new role.

Her promotion, which has been confirmed on Twitter by Newsquest editorial director Toby Granville, follows the departure of Michael Purton, who is leaving Newsquest for a new public relations role.

Stephanie said: “It’s an honour to be appointed as regional group editor in Gloucestershire and Worcestershire.

“Both areas are extremely special to me and I know how important these titles are to the local communities that they serve.

“It is particularly exciting for me to take on the role of editor at the Worcester News — the paper where I first started my career.

“It’s been a privilege to be editor at Stourbridge and work with such a talented group of journalists and so I am delighted to be continuing in that role whilst really looking forward to this new challenge.”

Stephanie began her career as a trainee reporter on the Worcester News in 1996 before moving to the Oxford Mail in 2000.

In Oxford, she served as assistant news editor and later news editor before joining the newsdesk at Gloucester daily The Citizen.

Stephanie returned to Worcester in 2006 as news editor, later serving as head of content following the merger of the Malvern Gazette and Evesham Journal newsrooms.

Toby said: “I worked briefly with Stephanie at the Oxford Mail 20 years ago and I thought then she had huge potential.

“Since then she’s done an amazing job for us in numerous roles, most recently at Stourbridge turning her team of journalists into digital superstars.

“I’m thrilled that she’s now been given a much bigger portfolio to use her talents to their full potential.”

Stephanie will take up her new post on 3 May.