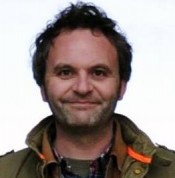 Two editors in the same division of regional publisher Newsquest are to leave the business, it has emerged.

Paul Jones, left, has revealed he will be leaving his position as editor for Newsquest ‘s Somerset weeklies which he has held since February 2016.

Paul’s titles include the Somerset County Gazette, Bridgwater Mercury, Burnham & Highbridge Weekly News and Chard & Ilminster News. He will leave his position at the end of November.

He was previously news and production editor at the Taunton-based County Gazette before taking up his current post.

Paul said: “It’s been a real honour to edit the Somerset titles, including through what have been testing times for the county and indeed, the nation.

“I have worked with some fantastic people along the way, not least a dedicated team of reporters who are so dedicated to keeping their communities informed.

“I will always look back fondly on my time here and wish them well for the future.”

His role is now being advertised on HoldtheFrontPage here.

Hussain added: “Paul has done a great job and it’s been a pleasure to work with him I would like to thank him for his valuable contribution and wish him well in the next chapter of his career.

“This does now present a fantastic opportunity to work with a team of incredibly talented journalists and the leading portfolio of local news brands in the county.”

Fiona left the business at the end of August, and her job is being advertised on the company’s website.

She had previously run the Hereford Times before moving into a group editorial management role with Newsquest, returning to the company last year after a period in public relations.