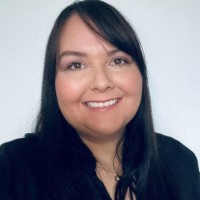 A reporter has stepped up to edit three sister weeklies amid a restructure at the newspapers.

Newsquest has unveiled Clare Snowdon as its new editor for West Wales, where she will oversee the Western Telegraph, Tivy-side Advertiser and South Wales Guardian.

Clare, pictured, first joined the Guardian in 2003 and worked as an editorial assistant before later becoming a reporter.

She took a break from the business in 2017 and studied management and business practice at the Open University, before returning to the paper in 2019.

Supporting Clare in her new role will be former Western Telegraph content manager Bruce Sinclair, who becomes digital audience and content editor for the three titles.

Clare said: “I’m delighted to be appointed as the new editor for Newsquest’s West Wales titles.

“Regional news has been in my blood for more than 20 years and I’m beyond thrilled to be able to continue my career in west Wales working with a fantastic team.

“As the latest JICREG data shows, the Western Telegraph now reaches over 80pc of the people in Pembrokeshire each month.

“I know how important these titles are to the local communities that they serve and to be given the opportunity to further develop these iconic news brands is incredibly exciting.”

Clare’s appointment comes after the departure of Fiona Phillips.

Newsquest regional editor Gavin Thompson, to whom she will report, said: “Everybody who works with Clare sings her praises.

“She has an excellent understanding of what is needed to drive a newsroom forward digitally as well as of the wider business.

“I’m excited to see how she and the rest of the team take the titles forward.”