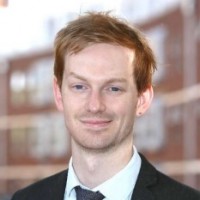 A newspaper’s chief reporter has stepped up to take on the editorship of a neighbouring daily.

Newsquest has announced the appointment of Ben Fishwick as the new editor of the Southern Daily Echo.

The award-winning journalist joined The News in 2012 as the Gosport patch reporter before taking on the court and crime beat.

He was made chief reporter in 2017 with a wide brief including newsdesk duties.

Ben’s appointment at the Echo comes after the retirement of his predecessor Gordon Sutter earlier this year.

Ben said: “I’m delighted to be taking up the role of editor at the Southern Daily Echo at a time when local news brands play such a key role in people’s lives.

“I can’t wait to get started with the team in Southampton and will be working to build on its track record for telling stories that matter most to its readers.

“After more than nine years as a reporter at The News in Portsmouth – a job I have loved – it will be a wrench to leave colleagues, and I cannot thank them enough for their help, guidance and support throughout.

“However, I am thrilled to be joining Newsquest and look forward to pouring my energy into working with a new team.

“The title has such a strong, loyal readership with a huge following online, with the latest JICREG data showing that each month the Daily Echo site online now reaches 78pc of all adults in Southampton alone.”

Diarmuid said: “We are delighted that Ben will be taking the helm at the Southern Daily Echo. It is an exciting time for this powerful title as we prepare to move into a new waterfront office in the city.

“Ben has all the qualities required to lead the Echo as we embark on the next chapter of our digital transformation.”

Vincent Boni, Newsquest’s regional managing director for Hampshire, Dorset, and the South West, added: “Ben brings with him great skill and experience that will further enhance the Southern Daily Echo’s preeminence as the unparalleled news brand for the city.”

Ben will start his new role in Southampton next month.