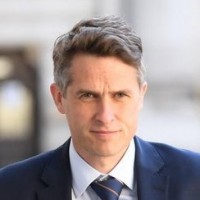 A regional daily has called for Gavin Williamson’s sacking and blasted him as “the most incompetent, ineffectual and inept Education Secretary in living memory”.

The Yorkshire Post has urged Mr Williamson to resign and called for Prime Minister Boris Johnson to sack him if he does not do so.

The Post’s call came after the minister came under fire over his handling of schools and universities during the coronavirus crisis.

But, in an editorial issued before the announcement, the Leeds-based Post said a failure to replace him in his role would be a “betrayal of a generation of children”.

The Post said: “His decision-making has been haphazard at best – and non-existent at all other times – on issues from the debacle over the grading of last summer’s exams to the supply of laptops for deprived students to help with home learning.

“Now he’s bowed to the inevitable and cancelled this summer’s exams – again without offering clarity on his alternative plan – when such a scenario was plain last September and pointed out to him by this newspaper and others.

“And, to compound matters, the totally shambolic start to this term when some schools were told to open for a day before closing amid lockdown chaos.

Matters that the minister could – and should – have addressed before Christmas to enable parents to prepare children for the challenges of 2021 and make childcare contingencies, such mismanagement would not be tolerated in the private sector.”

The Post went on to compare Mr Williamson to former Transport Secretary Chris Grayling, for whose resignation it also called in 2018.

It added: “If Mr Williamson doesn’t take the only honourable course of action open to him now his position is so untenable, then Boris Johnson must sack him – and appoint a gifted Education Secretary who can manage, lead and inspire schools.

“One of the most important Cabinet jobs of all, this would also afford a new Minister the chance to use this hiatus to address the safety of schools, vaccination of teachers and testing of students – challenges all way beyond Mr Williamson’s very limited capabilities.”

The Department for Education declined to comment on the Post’s editorial when approached by HTFP.