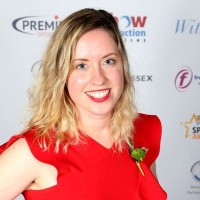 A regional daily that called for Gavin Williamson’s sacking has hit out after the Education Secretary pulled out of a planned interview with one of its journalists.

The Yorkshire Post has launched a fresh attack on Mr Williamson after the interview, organised by the Department for Education, was cancelled at the last minute.

The meeting with Post education correspondent Ruth Dacey had been due to take place on Monday while Mr Williamson was visiting Bradford.

The Leeds-based daily has previously blasted the minister as “the most incompetent, ineffectual and inept Education Secretary in living memory” and urged Prime Minister Boris Johnson to sack him if he refused to resign over his handling of schools and universities during the coronavirus crisis.

The Post covered the cancelled interview in yesterday’s newspaper, which it said came “amid mounting criticism over the funding for schools catch-up plan and a lack of opportunity for young people in the region”.

In an opinion piece that followed, the Post stated that the newspaper “takes it as a compliment that Gavin Williamson – and the Education Secretary’s officials – cancelled a planned interview with this newspaper during his ministerial visit to Bradford”.

It added: “The Department for Education recognised that Mr Williamson, who was in Bradford to assess the benefit of the Opportunity Area programme, would not be able to get away with phoney platitudes – or escape scrutiny about his own record and suitability for high office.”

Ruth, pictured, told HTFP: “Nevertheless, it is further evidence about how Mr Williamson is failing young people, teachers and school staff – particularly in the North of England.”

“Gavin Williamson has shown time and time again a lack of ambition for the young people across the region while stifling children’s ambitions.

“Children are this country’s future and they deserve answers as to why they have so badly been let down.”

Ruth has previously highlighted calls from education leaders for the Government to expand the Opportunity Areas programme, which aims to help young people in the most disadvantaged parts of England who have lost learning time during the coronavirus pandemic, across the whole of the North.

Ruth added: “While Mr Williamson’s visit also comes amid mounting pressure from this newspaper, and Northern education, business and civic leaders to increase the education recovery programme funding from £3bn.

“Once again Mr Williamson has proven why he is not fit to represent the education sector as a whole.”

HTFP has approached the Department for Education for a comment.