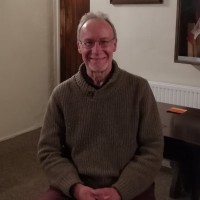 A sports journalist has left a regional newspaper after almost five decades of service to join a new rival title.

Chief sportswriter Dave Thomas, pictured, has said farewell to the Torquay Herald Express, where he has worked for 47 years, to take up a new role wih the Torbay Weekly.

The new Archant-backed free weekly is set to be launched this spring and will be edited by Jim Parker, who was editor the Reach plc-owned Herald Express until 2018.

Reach has also announced its own expansion in the area, where it is launching a dedicated news site for Torbay.

Of his move, Dave said: “It’s obviously a wrench to leave the Herald Express after so long. I count myself lucky to have worked in a job which I have always loved, and I have tried to remember that it is the readers who really count.

“I was trained in an era when we were all driven by a determination to beat the competition and, I have to admit, that’s hard to shift.

“Unless you keep giving people something they didn’t know when they picked up the paper or switched on their screen, why should they stay with you?

“I hope to keep doing that with the new Torbay Weekly newspaper and our website. It is an exciting new venture which can only benefit the Bay and the readers.”

Dave was a member of the former Daily Mirror Training scheme with the old Torquay Times weekly, before working in Manchester and London.

He joined the Herald Express in Febuary 1973 and has covered almost every sport except Rugby for the paper, covering more than 2,200 Torquay United football matches in the process.

Jim said: “Dave is a sensational signing for the new Torbay Weekly. It was a pleasure to work with him at the Herald so to renew that relationship is fantastic.

“He has been known as ‘Mr Torquay United’ for so many years. What he doesn’t know about the club and professional football, especially in the lower leagues, isn’t worth knowing.

“He has a passion for United.”