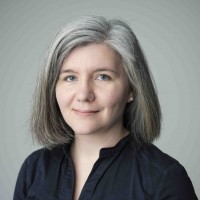 The Independent Press Standards Organisation has announced its new chief executive while a former editor has taken up a new role with the organisation.

Charlotte Dewar has been unveiled in the post at IPSO, having served as acting chief executive since February 2020 following the departure of predecessor Matt Tee.

Charlotte, pictured, has previously spent five years as the organisation’s director of operations.

IPSO has also appointed Brendan McGinty, former editor of Glasgow’s Sunday Mail, to its lay-majority board.

Charlotte said: “I’m delighted to be appointed as Chief Executive.   Well-regulated, accountable journalism is more important than ever.

“I look forward to leading IPSO’s work enforcing the high standards set by the Editors’ Code, supporting the public, and upholding freedom of expression.”

Brendan left his role at the Mail in January and now runs Finnieston Communications, his own Glasgow-based consultancy.

Said Brendan: “I believe the style of self-regulation offered by IPSO helps maintain freedom of the press and it is crucial that we maintain its effectiveness and build on the work done since its inception.”

Brendan will be joined on the board by fellow new appointees Lara Fielden, a former Ofcom broadcasting regulator, Eddie Gray, an ex-president of GlaxoSmithKline’s European pharmaceutical business, and Charles Garside, a journalist for over 50 years. They will take up their new roles next month.