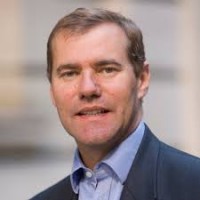 The chief executive of the press watchdog is standing down after five years in the role.

The Independent Press Standards Organisation has announced the departure of Matt Tee from the post.

Matt, pictured, will be replaced on an acting basis by IPSO’s current director of operations Charlotte Dewar.

Before taking up his current position, Matt had served as chief operating officer for the NHS Confederation.

Sir Alan stood down as IPSO chairman after five years at the start of the year, to be replaced by Lord Faulks.

In a statement, IPSO said: “Matt Tee is standing down as chief executive of IPSO after five years in the role.

“He has served the organisation from the beginning and overseen the renewal of publishers’ contracts with IPSO for another five years, including a new five-year funding agreement.

“Charlotte Dewar has been appointed as acting chief executive.

“Charlotte has been IPSO’s director of operations for five years, with responsibility for overseeing the organisation’s complaints, standards, systems and arbitration scheme.”