Editor axed amid redundancies at daily and Sunday titles 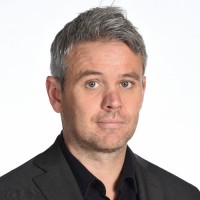 An editor has left his role after a round of redundancies at a daily newspaper and its Sunday sister title.

Brendan McGinty, editor of the Glasgow-based Sunday Mail, has left after “a number” of redundancies were made at the title and the Daily Record, publisher Reach plc company has confirmed.

Brendan, pictured, had been in charge at the Mail since 2016 after his predecessor Jim Wilson took voluntary redundancy.

HTFP has asked Reach for clarification on how many redundancies have been made at the two titles, but it is understood sports journalist and columnist Gordon Waddell is also among those to have left the company.

“We want to thank those members of staff for their work and wish them the very best for the future.”