Journalist who left regional press for PR joins The Athletic 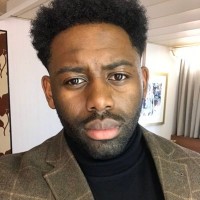 A former regional press journalist who left for a public relations role has joined sports website The Athletic.

Richard Amofa has been unveiled as a staff editor on the US-based site, which has operated a UK edition since last year.

Richard worked for Reach plc site Plymouth Live as a reporter between 2016 and 2018.

He also served as what’s on editor of sister site Devon Live during the latter part of his time with the company.

For the past two years Richard, pictured, has worked as a digital communications officer for East Devon District Council.

Posting about his new role on Twitter, he said: “Delighted to have joined The Athletic and really excited for the challenge ahead.”

The Athletic officially launched in the UK last year with a 57-strong editorial team – including a dozen journalists poached directly from regional press titles.