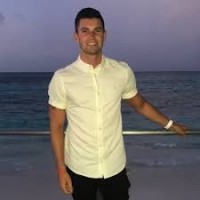 A reporter who says he was the only sports journalist left on a regional daily has quit the newspaper for a new national role – saying the club he covers “deserved more”.

Dan Sheldon, formerly of the Southern Daily Echo, has become the latest regional press journalist to make the switch to US sports news site The Athletic.

Dan, pictured, covered Southampton Football Club for the Echo and will continue to do so in his new role, taking over from Carl Anka  as The Athletic’s correspondent for the club.

The Athletic officially launched in the UK 12 months ago with a 57-strong editorial team – including a dozen journalists poached directly from regional press titles.

Dan explained his reasons for making the move in an interview with Carl, who is himself moving to a new role with the site.

Dan said: “Due to the tough predicament local papers find themselves in, redundancies led to me being the only one left on sport for the last five months of my time there.

“That’s when, luckily for me, The Athletic came calling to offer me a new, completely different challenge.”

Dan went on to say newspapers had “always played an important role in my life”.

He added: “Deep down, I knew Southampton deserved more than I was able to give them during my final months at the Echo.

“There are so many stories that I’ve wanted to tell but the constraints of newspaper deadlines and the demand to populate a website with a sufficient number of stories stopped me from doing that.

“I’ve paid close attention to The Athletic since its UK launch last summer and it’s hard not to be impressed by their model.

“What you get is a blank canvas, where writers are encouraged to explore unearthed tales and relay them to supporters without worrying about a lack of space or why it wasn’t online last week.”

HTFP has approached Echo owner Newsquest for clarification on the number of sports journalists currently working for the Echo and a comment on Dan’s remarks.