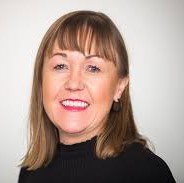 A regional daily editor is leaving her role to take up a new post with a weight loss organisation.

Julie Bayley has announced her departure from the Derby Telegraph and its Derbyshire Live sister website after 14 months in charge.

Julie, who has worked for the Telegraph for 26 years, will leave on 12 March to take up a new role as group digital editor at Slimming World’s headquarters in Alfreton, Derbyshire.

Chris Mallett, currently her deputy, will be appointed acting editor until a permanent replacement is appointed.

Julie, pictured, said: “The last 26 years have been amazing and my decision to leave hasn’t been an easy one to make.

“I’ll certainly miss the buzz of the newsroom, especially when something big breaks, but mostly I’ll miss the talented and dedicated team of people at Reach who, day in, day out, pour their hearts and souls into telling great stories.

“Now I’m ready for a new challenge and I’m hopeful that the next chapter of my career, helping people in their weight loss journey as digital editor for Slimming World, will be as every bit as fulfilling as the last.”

In her new role, she will lead a team of writers, sub-editors and production staff at Slimming World.

Marc Reeves, Reach plc’ editor in chief for the Midlands, said: “Julie has shown incredible leadership in Derbyshire, building both the site and the team, and driving the kind of growth that is underpinning the sustainability of local journalism in the East Midlands. She will be an exceptionally hard act to follow.”