A woman who saved a retired regional daily editor’s life has been honoured for her actions with a national award.

Passing pedestrian and CPR teacher Lisa Perry came to the aid of Terry Hunt, who edited the East Anglian Daily Times for 21 years before retiring last August, after he collapsed with a cardiac arrest in an Ipswich street earlier this year.

Lisa Perry carried out CPR for 45 minutes while a paramedic used a defibrillator to shock Terry’s heart back into rhythm.

He has made a good recovery, and earlier this month walked more than 60 miles along the Suffolk coast with his sister Karen Chamberlain to raise money to buy more defibrillators for Ipswich and Framlingham. 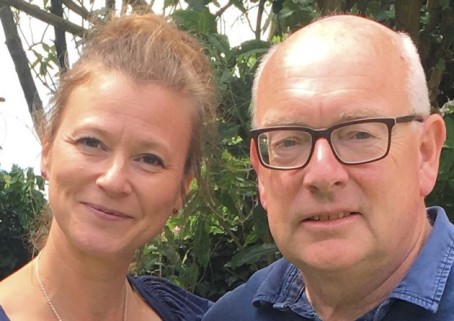 After the incident, Mrs Perry told the EADT that helping Terry had been the first time her CPR training had come into use.

Of her award, she said: “I am hugely honoured to receive this award.

“More importantly, it helps to build awareness of the need for everyone to learn life-saving skills.”