Village gets lifesaving kit thanks to retired editor’s campaign 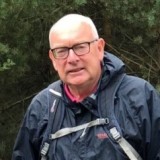 A village has installed new lifesaving equipment after being inspired by a retired regional daily editor’s campaign.

HTFP reported in July how Terry Hunt, who edited the East Anglian Daily Times for 21 years before retiring last August, suffered a cardiac arrest in the street, but was saved from a near-death experience after being defibrillated by a passing pedestrian.

Since then, Terry has been campigning to help get defibrillators installed across his old patch – raiing £3,000 in the pricess.

Now the village of Bucklesham, Suffolk, is celebrating the installation of its own piece of the lifesaving equipment after villager who had read of Terry’s camapgin managed to secure council funding.

Parish councillor Evelyn Bloomfield told the EADT: “People in the village had been talking about getting a defibrillator for some time.

“We’ve seen many other villages having them installed, and recently saw the former editor of the EADT Terry Hunt’s fundraising campaign to increase the number of them all over the county. We thought the time for talking was over – so we just got on and did it.”

Terry, pictured, said: “It is brilliant news for Bucklesham that they have installed their defibrillator.

“Every village and every community in Suffolk and Essex should have at least one defibrillator because as I know only too well they save lives.

“If my experience has helped spur them along to get one then I am delighted. Well done them.”

“I want to say a huge thank you to the 89 people who have given money to us. I am really overwhelmed and grateful for their support.”