Weekly urges readers to get involved in global climate strike

A weekly newspaper has urged readers to get involved in today’s global climate strike across London.

Although its journalists will not themselves be joining the strike as they will be covering the protest, the Hackney Gazette has told readers they “all have a part to play” in raising awareness about climate change.

Students and schoolchildren across the country have recently taken part in organised action as part of the Youth Strike 4 Climate movement, and now adults are being urged to join in the demonstrations.

Local events are taking place today across London ahead of an all-day London-wide gathering in Millbank, by the Palace of Westminster. 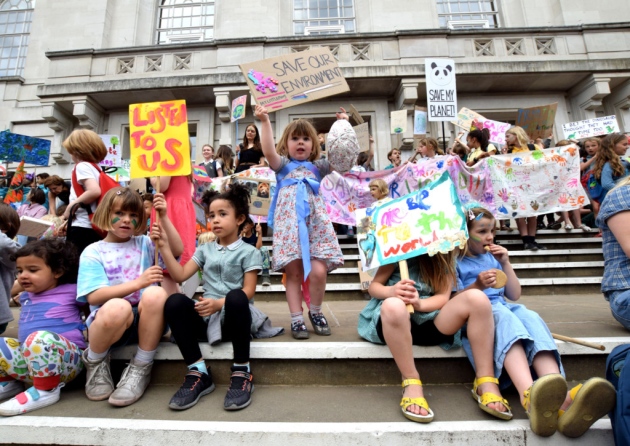 In a comment piece, editor Ramzy Alwakeel told readers: “We’d love to see you there.”

He added: “The Prime Minister’s decision to prorogue Parliament for an extra fortnight has rightly been the subject of significant scrutiny, but there’s something much more pressing than Brexit that MPs should be debating: international governments need to set more ambitious targets for tackling climate change than they have done, and they need to actually plan how to meet them.

“Scientists believe current global emissions trends will see us overshoot the (still potentially devastating) limit of a 2C rise in temperatures from pre-industrial levels set by the Paris agreement.

“It’s disappointing but perhaps not much of a surprise that the education secretary didn’t have more to say about the fact children are planning to walk out of school over his government’s perceived failure to adequately tackle this crisis. Theresa May’s last-minute commitment to net zero carbon emissions by 2050 is welcome, but doesn’t go far enough, especially given that it includes the option of “buying” carbon credits from other countries.

“It feels like an overwhelming and impossible task to change the minds of those with such strong, entrenched vested interests in the destructive and unsustainable status quo. But the children who have been striking this year are an inspiration. We can’t let them fight for our futures alone: we all have a part to play, whether it means getting involved in non-violent direct action, spreading the word, or helping and supporting others working on those things.

“It’s still important to sort our recycling and vital to cut car use, but those things won’t be enough: the change has to be systematic and enormous – and fast.”