Four sister weeklies have run special climate crisis editions and turned their mastheads green for one week to raise awareness of the issue.

The editions feature exclusive interviews with six MPs including Labour leader Jeremy Corbyn, who represents Islington North in the House of Commons, taking them to task on their green credentials and plans to tackle the crisis.

The publication of the editions comes after Ramzy Alwakeel, who edits the four titles, last month urged readers to get involved in the global climate strike across London. 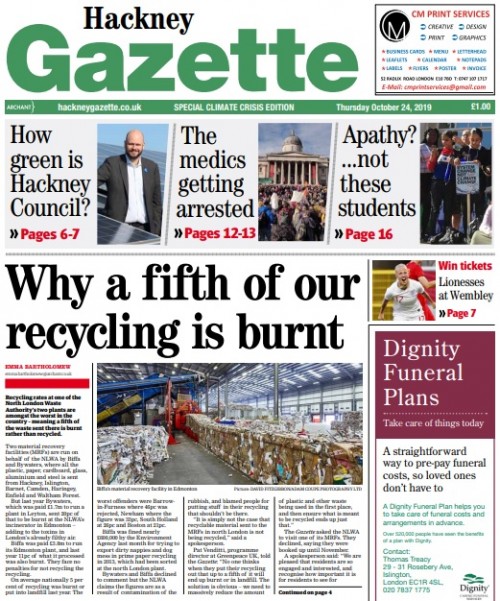 Ramzy, who will soon leave Archant to become news editor at HuffPost UK, said in his editor’s column this week: “Apologies to anyone who thinks the Gazette looks ill this week. Changing your masthead, especially its colours, is something you do hesitantly as an editor. The masthead is your identity. It’s how readers know they’re picking up your paper and not the Racing Post.

“It is one of the few constants around which everything else changes week to week. And I must admit the logo, turned green for this one-off special edition, looks kind of… unwell. It’s like when a cartoon character’s face goes green so you know they’re going to be sick.

“Obviously, when we planned it, it was meant to signify the environment, nature, trees, the healthy planet we want to save and preserve for our children and grandchildren – that sort of thing.

“But maybe it’s appropriate, after all, that it looks peaky. The world is sick. We shouldn’t have to devote an entire newspaper to the government’s failure to address an indisputable international crisis. But it seems we can’t rely on our leaders to take the urgent, fundamental action they’ve been putting off for decades. So I suppose this is our small act of rebellion.”

The editions also feature interviews with council environment chiefs about carbon neutrality targets and other data, interviews with respiratory experts working at London hospitals and articles on green projects being undertaken locally.

They also profile local climate campaigners, including those involved with Extinction Rebellion, with the aim of showing the diverse range of people involved – such as doctors, ex-police officers, firefighters and a mountain climber.

A single page in every edition shows at-a-glance facts about the crisis, written by an independent sustainability consultant, including “nine things you can do to help”, while a dedicated ‘climate emergency’ channel has also been set up on each paper’s website.

In his message to readers, Ramzy added: “Tackling climate change isn’t about shaming your neighbours for not separating their plastic recycling properly. Everyone has different amounts of energy, money, time; none of us should judge anyone else. We are all working within an economic and political system that promotes and rewards selfishness, and that has left many people with very little to survive on.

“But we won’t recycle our way out of the climate crisis: we need system change (recycling is good though, and easy to do). Government inaction, corporate unaccountability and collective denial mean all of us have inherited responsibility for something that really shouldn’t be our problem.

“But the crisis is now so bad that we must all play a part in fixing a problem that isn’t our fault. I hope this week’s Gazette makes that clear – and gives you some ideas.” 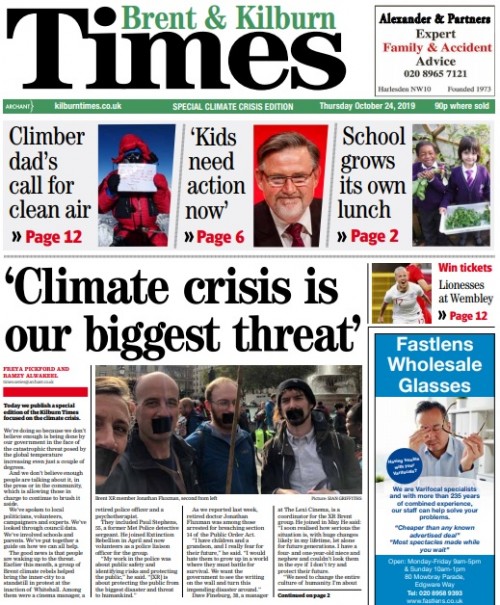