A weekly newspaper has moved to a new town centre office on the site of a former pub.

The Newmarket Journal has left its Rookery House headquarters after 35 years for the premises on Wellington Street.

The move marks a return to street level for the Journal, which was previously based on the top floor of Rookery House.

The new premises, pictured below, were once part of the Fox and Goose pub, later renamed The Wellington, which closed in 1932. 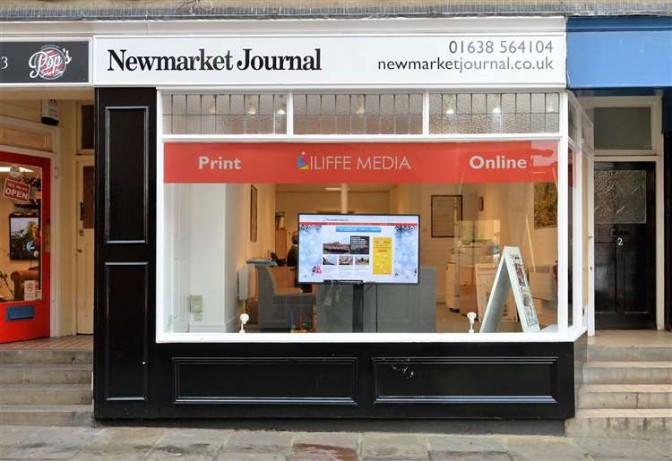 The Journal was one of 13 Johnston Press titles bought by Iliffe in a £17m deal, and the new owner has since adopted a strategy of moving the papers into new town centre offices.

Other titles to have undertaken such moves include the Lynn News, Haverhill Echo, Lincolnshire Free Press, Spalding Guardian and Grantham Journal.

Journal content editor Alison Hayes said: “Not since Mr Simpson produced the first Journal in 1872 have we been able to boast a street frontage.

“We are now delighted to be back where we belong and look forward to seeing old friends and new in Wellington Street.”