Weekly newspaper journalists have moved to the home of a sister daily after their office was “decommissioned”.

Staff at the North Norfolk News will now be based at the headquarters of the Eastern Daily Press after their Cromer office was closed.

HTFP reported in March how Cromer was one of five offices set to be closed by Archant across Norfolk, Suffolk and Hertfordshire.

The office, pictured, had also served as a district office for the EDP, which is headquartered more than 20 miles away in Norwich. 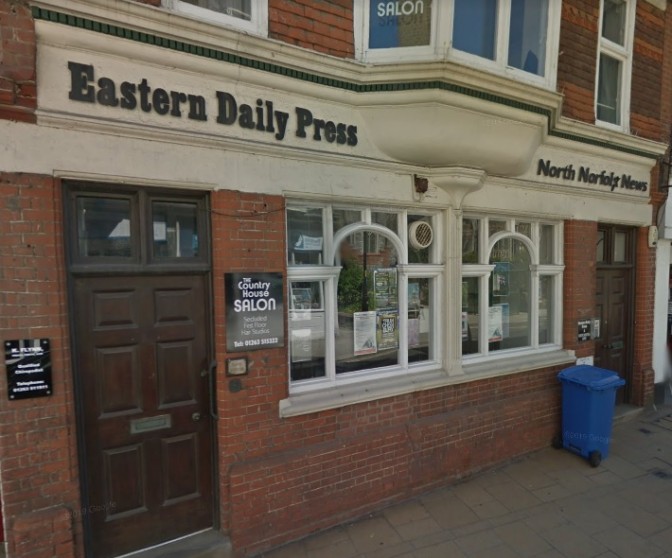 A piece announcing the move on the News’s website states it will make “every effort” to retain a presence on its patch.

“The north Norfolk editorial team and advertising rep will now have their permanent base in Norwich, but will make every effort to be in the community as much as possible.

Of the other offices that are closing, one is the office of the Diss Mercury in Diss while the other three are in as-yet-undisclosed locations in Suffolk and Hertfordshire.

At the time the plan was announced, Archant said retaining the affected offices, which are all due to close during 2019, “makes no sense commercially”.