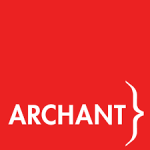 A regional publisher is set to close some of its newspaper offices in a restructure which will see journalists working from home or “in the field” instead.

Archant has announced the proposal, which affects five of its smaller offices, saying retaining them “makes no sense commercially”.

The plan was unveiled in a memo sent to staff this afternoon by chief content officer Matt Kelly, which has been seen by HTFP.

No titles will close as a result of the proposal and there are no job losses as a result.

Archant has yet to confirm which offices will be closing, but HTFP understands that two of the company’s Norfolk offices, at Cromer and Diss, are among those affected.

The Cromer office has historically housed staff of the North Norfolk News, while the Diss office is the base for the Diss Mercury.

The other three offices earmarked for closure are in Suffolk and Hertfordshire.

An Archant spokesman said: “Archant can confirm that, as part of an ongoing review of the suitability of its offices, 5 town offices in Norfolk, Suffolk and Hertfordshire will close. There are no title closures or redundancies associated with this change.”

In the memo, Matt said: “In the past few months, we have been taking a hard look at costs across the business so we can continue investing in the transformation necessary to help us thrive in the future. One of the largest costs we incur is paying rent for our offices.

“I’ve decided that now is the right time to change how we produce some of our titles without being office-bound, helping both save us money and making us more visible in our communities.

“The idea of having an office in the centre of our towns made perfect sense when technology made it difficult for us to operate remotely and when the front desk was a great source of both stories and advertising. All that has changed now.

“The vast majority of our advertising customers today want to do business with us digitally or over the phone. Stories no longer walk in through the front door either. The amount of footfall we generate from having expensive office locations has plummeted in recent years and makes no sense commercially.

“The new content management system, which the business is heavily investing in to give us the tools to be the best journalists we can be, means reporters can operate from pretty much anywhere, even areas where there is no bandwidth or mobile signal. It will truly transform how we work.

“All those factors combined means we are going to embark on a process of closing some of our smaller offices and adopting, instead, a new way of working – with reporters working from the field and home, and only when absolutely necessary, using one of the remaining offices which will act as a hub, particularly for editors to see off the weekly newspaper and for staff meetings, 1-2-1s and the like.”

He added: “In truth, we are taking this opportunity to change sooner than I’d anticipated – but the most important thing to me is getting reporters working in the heart of our communities and having the resource to continue investing in quality journalism.”