Three sister dailies have increased their web readerships over the past year – although the same publisher’s most viewed website showed a slight online decline over the same period.

Both Archant and the Midlands News Association have posted six-monthly ABC digital figures for the period January to June 2019.

The results revealed year-on-year increases of 8pc and 13pc for the Ipswich-based EADT and the Star respectively, while the News recorded a rise of 45pc. 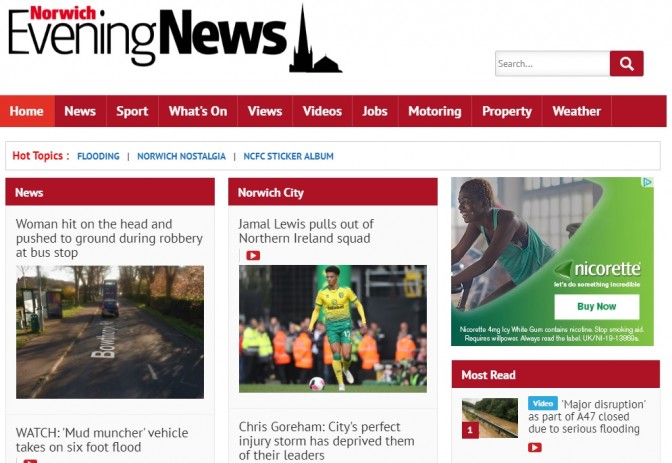 However, its Norwich-based sister daily the EDP, while having more than double the readership online of the EADT, recorded a 2pc year-on-year decrease when using the same metric.

There was better news for the EDP on Facebook and Twitter, where all of its accounts – covering news, sport and business – recorded increases in followers when comparing the first halves of 2018 and 2019.

Newsquest’s online figures have also been published by its new auditor BPA Worldwide.

The BPA results show figures for the company’s daily titles’ websites, which are broken down month-by-month.

Standout findings include Southampton’s Southern Daily Echo recording more than 13m pages views in March, while four titles – the Northern Echo, Brighton daily The Argus, Glasgow-based daily The Herald and the Glasgow Evening Times – all topped one million unique visitors in a month at least once during the same period.

Of the other big publishers, neither Reach plc nor JPIMedia currently publish separate audience figures for their web brands.

1. Table 1.  Archant and MNA digital audience figures published by ABC for the period January to June 2019.