Some daily print circulations down 20pc as audience figures revealed

Four regional daily titles lost more than a fifth of their print circulation in the first half of 2019 according to figures compiled by HTFP.

The Leicester Mercury, Nottingham Post, Lancashire Telegraph and Cambridge News all saw their overall circulations drop by 20pc or more in the period January to June, although all four titles performed better when free copies and bulk sales were disregarded.

For the second year running, the Belfast-based Irish News was the best-performing UK title of those audited by ABC, losing just under 5pc of its circulation in the first six months of the year.

However Carlisle daily the News & Star, which like other Newsquest-owned titles is now audited by BPA Worldwide, saw its east edition print circulation fall by just 0.68pc making it the top performer across both auditing bodies. 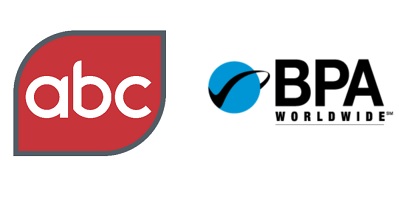 Earlier this year, ABC announced it would no longer be publishing a six-monthly report on circulation figures for regional titles, saying it wants to get figures for individual titles published within five days of submission rather than wait for a particular date before publishing them en masse.

Meanwhile Newsquest announced it was pulling its titles out of ABC with effect from 1 April, and that future audits would be carried out by BPA.

Using figures available online from both organisations, HTFP has now put together the first comprehensive report bringing together all daily titles that continue to be audited on a six-monthly basis.

The list does not include any weekly titles as hardly any now report their figures six-monthly, with most having moved to annual auditing.

Apart from the Irish News, the best-performing daily titles in the ABC audit were the Paisley Daily Express, which saw its overall circulation drop 6pc, and the Dundee Courier and Manchester Evening News, both down 8pc.

The Press & Journal, Belfast Telegraph, East Anglian Daily Times and Eastern Daily Press were all down 9pc with every other daily listed recording a 10pc-plus drop.

The Leicester Mercury and Nottingham Post were both down 27pc in terms of overall circulation, but 18pc and 12pc respectively when bulks and frees are excluded.

The officially-published BPA figures for Newsquest do not include a year-on-year comparison as this is the first time they have been audited by the new provider.

However when this year’s BPA-audited figures are compared with last year’s ABC-audited data, the best-performing titles are the News & Star and Brighton daily The Argus, whose overall circulation dropped just 2pc.

By contrast the Lancashire Telegraph was down 25pc year-on-year in terms of overall circulation, but when bulks and frees are excluded, sales of the Blackburn-based title dropped by 14.8pc.

The Bolton News, Worcester News and Bradford Telegraph and Argus all recorded single-digit declines when bulks and frees are disregarded.

The tables below include only daily titles which have reported figures on a six-monthly basis covering the period January to June 2019.