Anne Edwards, who edited the Great Yarmouth Mercury before her retirement last year, has been honoured by the Leicestershire & Rutland County Football Association for her trailblazing work as its first woman in black.

Anne officially qualified as a referee in December 1972 after become a sports reporter on the Melton Times, where she would later serve as sports editor.

Her career later took her across the country and she spent 16 years in charge of the Mercury prior to retiring. 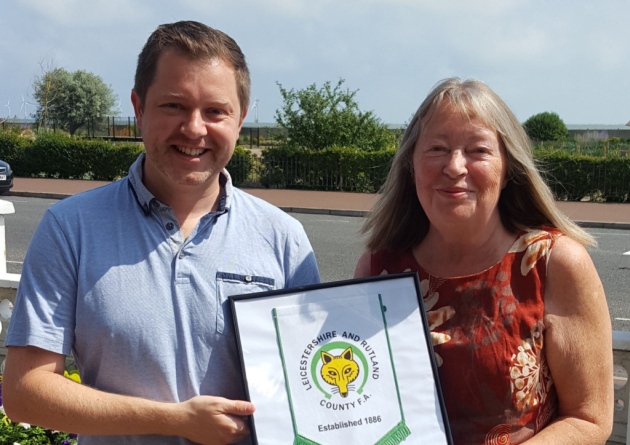 Explaining why she became a referee, Anne told the Eastern Daily Press: “I was 20 years old at the time and enjoyed reporting football games but had to endure a lot of stick and banter – mainly about women not understanding the rules and knowing more about housework.

“That was a red rag to a bull and when I told my editor he contacted Leicestershire & Rutland County FA and signed me up for a referee’s course – which I passed first time.”

Now the Leicestershire FA has presented Anne with a special framed certificate acknowledging her first in the county as well as a letter of thanks from past and present female referees.

Referee development officer Natasha Wilson told her: “You are the first female referee who has paved the way for further inspiring women to be involved in refereeing football.

“So on behalf of every single one of us thank you.”