A regional journalist has slammed “keyboard warriors” after being threatened by a social media commenter.

Cornwall Live’s Lee Trewhela has hit out at online trolls, who he claims have made the site’s Facebook page “infamous” for negativity.

Lee has written an opinion piece on his recent experience with commenters after one described him as “the most hated man in Cornwall” in a Facebook post just before Christmas.

The same person went on to threaten Lee, advising him to stop being a reporter if he “wanted to continue living in Cornwall”. 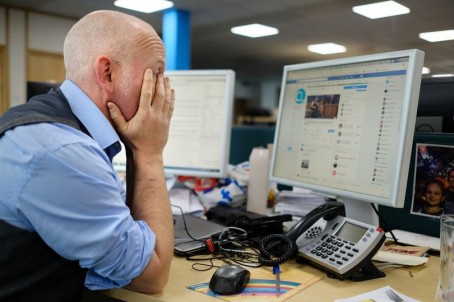 In his piece for Cornwall Live, Lee wrote: “Even at the dawn of the internet I was being called a c-word for writing critical reviews of nu-metal bands. You should have seen what emo fans called me…

“Things have got far worse in recent times. Even some ‘feelgood’ stories are now greeted with instant negativity by keyboard warriors who will look to badmouth the subject of a story’s life, actions or choices. There’s criticism and there’s pure nastiness.”

“Only this week I tweeted a feature I’d written about someone’s good fortune. Did you ask them about a certain incident in their past, came a reply. Why? If true, it had nothing to do with this current story. Why look for negativity all the time?

“Our Facebook page has become infamous for it. While it’s full of people being positive and sharing our stories, it’s also often awash with such vehemence you have to question what has happened to the human race.

“I welcome constructive criticism – believe me, I’m even critical of our site myself sometimes – but some of the comments are so full of invective I’ve chosen not to read them anymore. It’s certainly helped me sleep at night.”

“I suspect a lot of people think they’re being funny but, you know, just take a minute to think before you post. That comment could be hurtful and insulting at best, bullying and libellous at worst. It has a direct effect on someone’s mental health. Never forget that.”

Lee went on to criticise “social media giants” for not being quick enough to act on “damaging posts”, and added he would have started 2019 “iPhone-free” if social media was not “intrinsic” to his job.

His comments come six months after the Bradford Telegraph & Argus announced it was removing the ability for readers to comment on stories on its website, with the newspaper claiming extremists were using them to “sow the seeds of division”.

Speaking to HTFP about the reaction he had received to his piece, Lee said: “I’ve had some very positive feedback since the article appeared – including one that was so glowing I might have it written on my gravestone – however, it’s ironic that a story calling out the trolls has been trolled itself.

“It’s inevitable I suppose and not as ironic as it should be. It’s the nasty personal digs that get under your skin; a skin that needs to be as thick as a rhino’s if you work as a journalist in this day and age.”