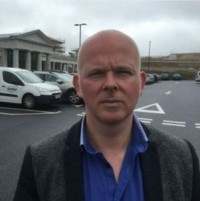 A chief reporter has left the regional press after 30 years – citing social media abuse as a factor in his decision.

Lee Trewhela has hit out at the “amount of abuse and negativity journalists face” online in a farewell piece for Cornwall Live.

Ironically, Lee then had to delete the article from the site’s Facebook page following more “negative and unnecessary comments” from readers.

Lee’s move comes in the week that Reach announced that Rebecca Whittington had been appointed as its first online safety editor to help journalists dealing with abuse.

Lee wrote in the piece: “I think I’m correct in thinking that I’m the longest standing journalist still working in Cornwall, but the time is right for me to move on to a new challenge.

“I have to say that one of the reasons I’m going is down to the amount of abuse and negativity journalists face on social media these days.

“Regional reporters live in the communities we write about, share the same concerns as the people we write about, and despite many people’s opinion of Cornwall Live the reporting team cares deeply and thinks long and hard about what is published.

“People have a go at Cornwall Live about some of the ‘content’ but thousands want to read what Gordon Ramsay had for breakfast or Dawn French’s new haircut… we wouldn’t write about it otherwise.

“I’m incredibly proud of so many of the (other) stories I and my colleagues have written since Cornwall Live started five years ago, which have taken Kernow to a much wider audience than ever before.

“Remember, if you’re bashing Cornwall Live or any other media organisation, there are humans at the end of it. It doesn’t hurt to be kind.”

Lee began his career working in the production department at The West Briton for a year after taking his A-Levels.

After training at Cardiff, he then joined the Falmouth Packet as a junior reporter aged 21 and started overseeing the Helston and Lizard edition of the paper just a few weeks into the job.

Lee then returned to the West Briton as a senior reporter in two spells sandwiched by a stint at the Gloucestershire Echo.

He later became editor of the What’s On supplements in the West Briton, Cornish Guardian and Cornishman.

Lee, who will be moving to a comms role, previously hit out at “keyboard warriors” after being threatened by a social media commenter in 2018.

He criticised “social media giants” for not being quick enough to act on “damaging posts”, and added he would have started 2019 “iPhone-free” if social media was not “intrinsic” to his job.

Speaking to HTFP, Lee said: “I’ve been bowled over by the response from all corners of society, from readers to MPs and respected journalists including the BBC’s Jon Kay, saying how much they’ll miss my presence in Cornwall.

“Ironically though, I deleted the story from Cornwall Live’s Facebook page following negative and unnecessary comments. It appears some didn’t pay much attention to my calls for people to be more understanding.”