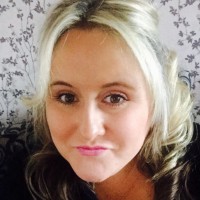 A regional daily news chief has been promoted to a group editor role which was revived after being declared redundant last year.

HTFP reported last month how the group editor role was set to be revived after the post was made redundant in 2018, prompting the departure of James Higgins, Vanessa’s predecessor at the Mail, from the business.

As a result of her promotion, Newsquest’s other editors in the Cumbria region, including Chris Story of Carlisle daily the News & Star, will now report to her.

The company’s other titles include the Cumberland News, Workington Times & Star, Whitehaven News and Westmorland Gazette.

David Coates, regional managing director for Newsquest Cumbria, said: “Vanessa has done a great job since assuming responsibility for The Mail, integrating her team with our existing resources in South Lakeland and improving the sales and audience performance in print and online.”

Vanessa added: “I am immensely proud and honoured to take on this new role. This is an exciting opportunity to lead an outstanding team and a portfolio of highly respected titles.

Vanessa began her career at the Accrington Observer in 2007 and later moved to the Lancashire Telegraph, where she was crime reporter.

She spent seven months at Blackpool daily The Gazette, before returning to the Telegraph as deputy news editor in 2014.

Vanessa later became news editor there before moving to The Mail in February last year, where she was initially associate editor.

When James left in April 2018, she was promoted to editor.