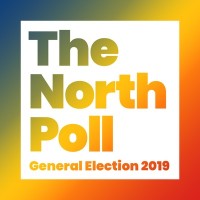 Regional political journalists will examine the run-up to the election in a new podcast launched as part of an industry collaboration.

HTFP reported yesterday how Reach plc, JPIMedia and Newsquest had published their ‘Manifesto for the North’ on the front pages of multiple titles covering the North of England, with the aim of showing Westminster the power the region has at the ballot box.

The joint campaign has also seen the launch of the North Poll a new podcast which will see journalists working across the titles involved come together to discuss the main issues affecting their patches in the run-up to the 12 December vote.

The podcast looks at why the North is such a big deal in this General Election and how Prime Minister Boris Johnson is going down in various Northern seats.

The podcast is the first production to be published from Laudable, a Google Digital News Initiative-funded collaboration between JPI Media, Reach plc and podcast app Entale.

Alison Gow, publisher of Laudable, said: “Our project’s milestones include a requirement to have created the first audio projects by December; coming out with some content ahead of schedule was always in the plan… just not quite as soon as this.

“But the election was the perfect opportunity to put the training and also the collaborative elements that are so much a part of Laudable, into practice.

“The commitment of Jen, Geri, Matt and Liam, among others, was absolutely fundamental in making this happen.”

The first episode can be downloaded here.