Rival publishers unite to launch election manifesto for the North

Rival publishers have united to launch their own election manifesto for the North of England in a bid to show Westminster the power the region has at the ballot box.

Reach plc, JPIMedia and Newsquest have published their ‘Manifesto for the North’ this morning, with many titles across the three groups splashing on the initiative.

Ahead of the forthcoming election, the titles involved are demanding “a bold vision for the North” based on five key points.

They want local control of education, training and skills and a formal Treasury commitment to rebalance the North/South economy, as well as a transport budget for the North to deliver on all key objectives.

The groups are also demanding freedom to lead export growth with greater investment and are backing the North to lead the green industrial revolution. 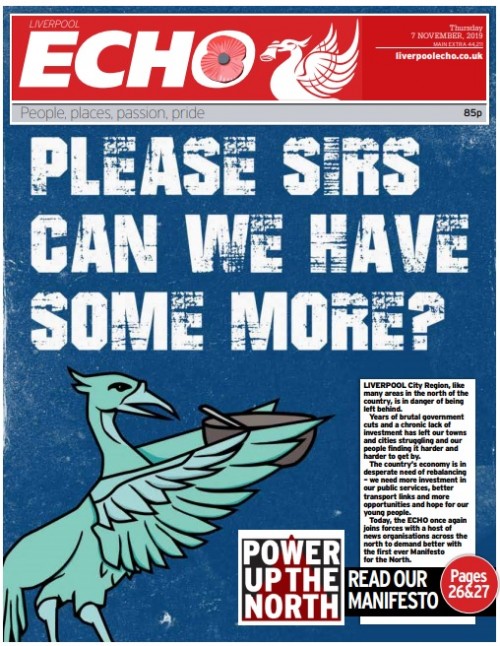 It follows previous collaborations between the groups in the North which saw them unite to criticise rail services and call for action to tackle the North-South divide with their Power Up The North campaign.

Among the dailies to splash on the manifesto this morning was the Liverpool Echo, pictured above, which depicted its city’s mythical symbol the Liver bird in a parody of Oliver Twist.

Other Reach titles splashing on the manifesto include the Manchester Evening News, Newcastle daily The Chronicle, Teesside Gazette, Huddersfield Daily Examiner and Hull Daily Mail, while it has also been covered by digital-only titles Leeds Live and Lancs Live.

Darren Thwaites, MEN editor-in-chief, said: “Once again we’ve been able to speak with a united and powerful voice for the 15.4 million people we collectively serve. The power of the North at the ballot box must now make political leaders sit up and take note.” 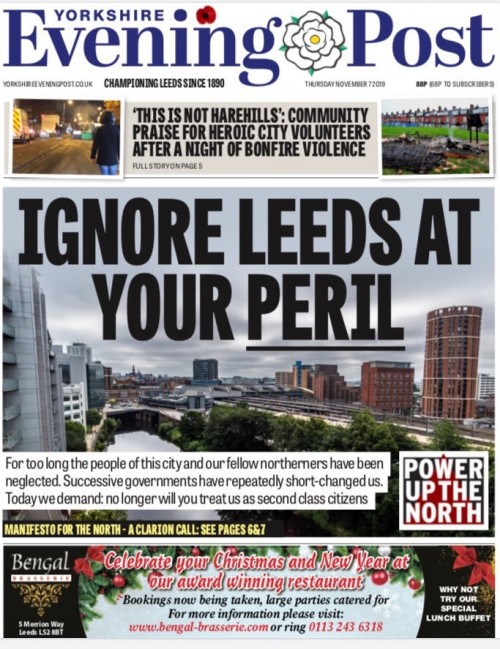 Newsquest group editor Nigel Burton said: “The North has always punched above its weight. It was the birthplace of the industrial revolution, its railways connected the country and its coal mines powered the factories.

“All the people of the North have ever asked for is a level playing field. But successive governments have paid lip service to the region and carried on pouring cash and resources into London and the South-East.

“We support this manifesto as a common-sense blueprint for regional prosperity. Give us a chance to show the rest of the country, and the world, what the North unleashed can really achieve.” 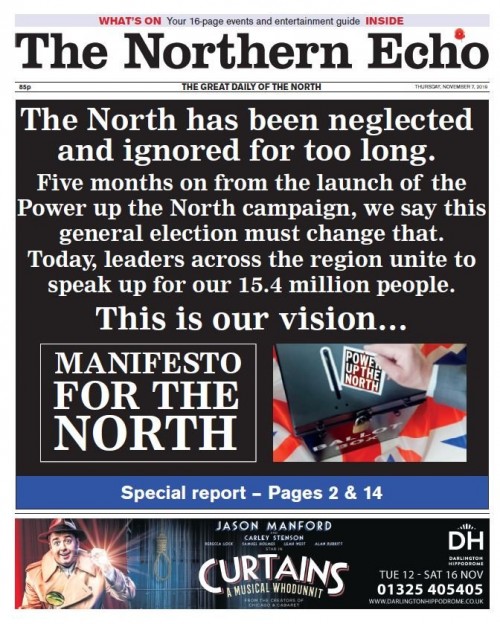 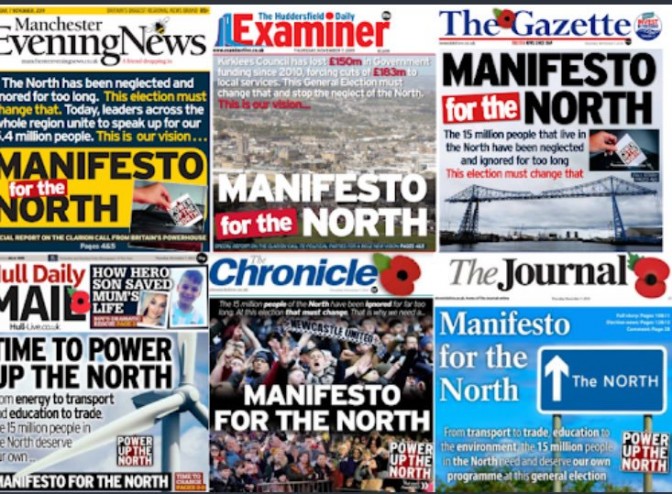