A regional daily’s office is set to be demolished and transformed into a supermarket after planning chiefs gave the scheme the green light.

Plans were announced last year to bulldoze the offices of Newport-based daily the South Wales Argus in order to make way for a Lidl store.

The Argus is set to return to a city centre headquarters after 49 years at the Cardiff Road site, in Maesglas, but has not yet finalised where its new base will be.

Newport City Council’s planning committee granted planning permission for the scheme last week, after members heard 95pc of local residents responding to a survey were in favour of the proposals – although Some concerns had been raised locally about highway safety. 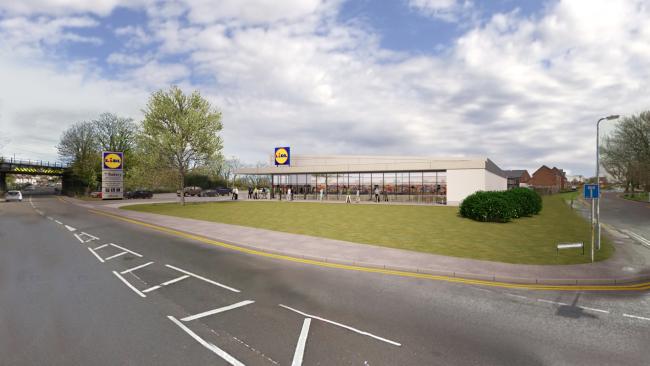 An artist’s impression of the new store

Nearly 100 jobs will be created by the venture, with 50 dedicated to building the supermarket and 45 retail roles to run the site once it opens.

According to the Argus, deputy council leader Mark Whitcutt told the meeting: “This development will enhance the look of the area and it will provide a convenient shopping outlet to our constituents.”

The two Argus office buildings, along with the neighbouring DX Freight offices and warehouse, will be demolished to make way for the new store.

A single 2.4-acre development will be created in place of the two sites, with a 140-place car park and a new access road from Cardiff Road.