A regional daily is planning to return to a city centre headquarters after 49 years at its current home.

Plans have been announced to demolish the office of Newport-based daily the South Wales Argus to make way for a new supermarket.

Lidl has submitted plans for a new store on the site of the office off Cardiff Road, pictured, in the suburb of Maesglas.

While the Argus has yet to reveal the location of its new home, owner Newsquest has announced its intention to return the newspaper to central Newport. 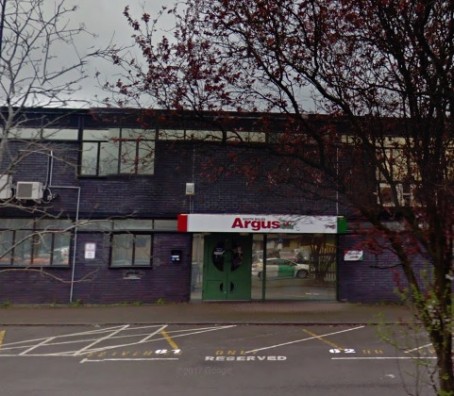 Hussain Bayoomi, Newsquest Wales, Hereford and Somerset regional managing director, said: “We see this an opportunity for the South Wales Argus to return to the city centre. At present we are in discussions regarding the exact location.

“However, as soon as planning has been approved we will be in a position to exchange contracts and announce formally.”

Under the plans, the two Argus buildings, as well as a neighbouring site owned by delivery company DX Freight, will be demolished.

The 2,122 sq ft supermarket itself will go on the portion of the site currently occupied by the Argus, while the DX Freight site will become a 140-space car park.

Lidl UK’s regional head of property Paul Hebblethwaite said: “We have received an incredible amount of support from the local community and are delighted to announce that we have submitted a planning application with Newport City Council.

“If granted this would mark a multi-million pound investment in the area, and the creation of new jobs when the store opens. We look forward to receiving the decision in due course.”