A new hotel being developed at the old headquarters of a regional daily is set to bear the newspaper’s name.

HTFP previously reported how the Coventry Telegraph’s former Corporation Street home had been saved from demolition after a developer bought the premises, and was set to be transformed into a £120m luxury boutique hotel.

Now a website has been created for the development, which will be called the Telegraph Hotel.

A artist’s impression of the hotel, found on the website, shows the existing ‘Coventry Evening Telegraph’ branding will remain on the building’s exterior. 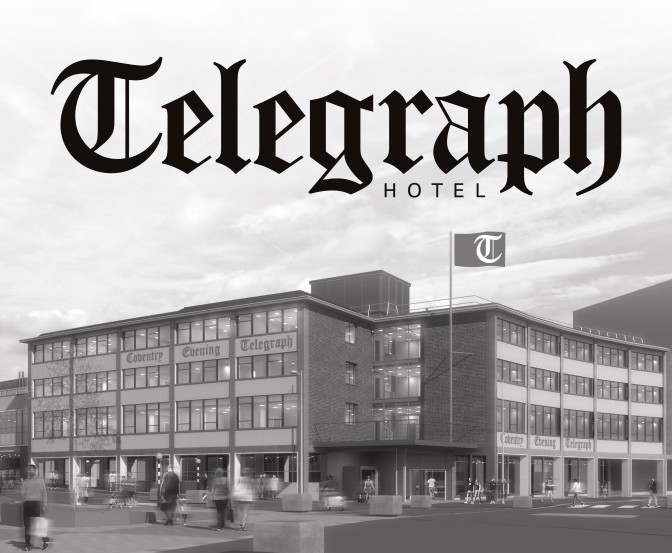 An accompanying description reads: “Located in the historic former premises of the Coventry Evening Telegraph, the Telegraph Hotel is set to open its doors in 2020, in good time to celebrate the city’s status as UK City of Culture in 2021.

“An iconic building at the very heart of the city centre, the hotel will invoke the famed mid-century 1950s architecture of Coventry and reflect its former life as a thriving newspaper and print works.

“It will feature 88 bedrooms several of which will be duplex penthouse suites, an expansive restaurant in a glazed courtyard, meeting and conferencing facilities, as well as a rooftop bar overlooking Belgrade Square.”

As part of the plans, 1,270 student flats will also be built at the rear of the site.