Daily gets sneak peek after former office converted into hotel

A regional daily has been given a sneak peek inside its old office – which has been converted into a hotel named after the newspaper.

The Coventry Telegraph has published photographs of the interior of the Telegraph Hotel, which has been developed on the site of its former Corporation Street home.

HTFP previously reported how the building had been saved from demolition after developer CDP bought the premises from Reach plc, and was set to be transformed into a £120m luxury boutique hotel.

The hotel is set to open its doors in September 2020, ahead of Coventry taking on the title of UK City of Culture in 2021. 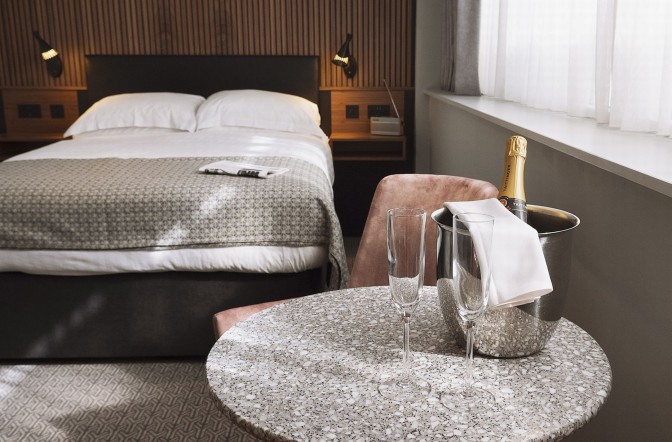 How one of the rooms looks at the hotel

Along with the 88 bedrooms, the four-star hotel is set to include duplex penthouse suites, a restaurant, 160-seat meeting and conferencing facilities and a rooftop bar overlooking Belgrade Square.

Brian Harrabin, of CDP, told the Telegraph: “The Telegraph Hotel will bring something truly unique to the region and we have looked across Europe for our inspiration. This is the first glimpse of the completed product.

“This will be Coventry’s first four-star hotel since the Hotel Leofric, which was built in the rebirth of Coventry in the 1950s. It is apt that we are restoring a much-loved 1950s landmark building and recreating the glamour of that mid-century era.

“The hotel recaptures the optimism of the era for the renewed confidence in Coventry’s future that we will be celebrating in 2021. In many ways we wanted to signal to the outside world that Coventry has done it again – the improvements to the city in recent years have been immense.

“All the en-suite rooms will be a treat to stay in, offering much more than merely a nod to the 1950s in styling. In a world where most hotels appear the same, it will be very different.”

Councillor Jim O’Boyle, Coventry City Council cabinet member for jobs and regeneration, added: “The Telegraph Hotel is a major regeneration project in its own right, but it will also bring a totally new dimension to our hotel and hospitality offer.

“It is great to see the first completed interiors and to know that work is progressing so well.” 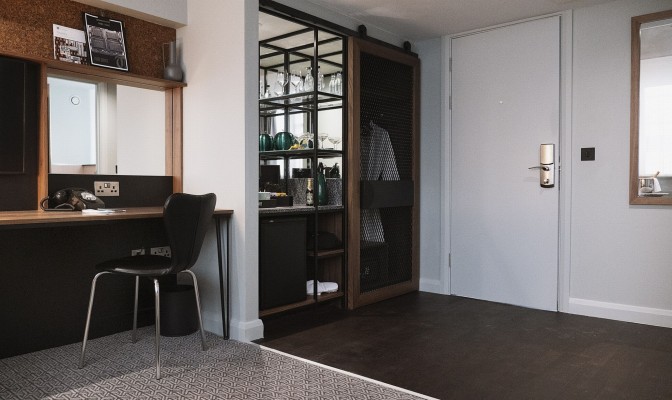 Another view inside one of the rooms