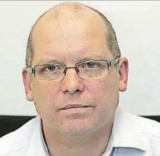 A long-serving editor who left his job in a restructure three years ago has returned to the industry in reporting role with an independent weekly.

Chris Carter, who spent more than 20 years in charge of the Ilford Recorder before a 2016 restructure by Archant, has begun covering the town of Sawbridgeworth for the Bishop’s Stortford Independent.

Chris, pictured, began working for the Independent on a freelance and part-time basis this week.

He replaces previous Sawbridgeworth reporter Emma Vandore, who has taken up a full-time role as head of content and editorial for engineering firm AECOM.

The move comes after the Independent revealed its newspaper sales figures for the period February to September inclusive are up 35pc year-on-year, averaging 3,860 a week according to its own unaudited figures, with print and digital advertising up by 13.9pc for the first nine months of 2019.

The increases follow the closure of the rival Herts & Essex Observer in January, although the paper has also credited its decision to expand its coverage into Sawbridgeworth and Stansted, where it employs reporter Hollie Ryder on a freelance and part-time basis, for the upsurge.

Editor Paul Winspear told HTFP: “Whatever measure you use, the Indie goes from strength to strength, with readership and revenue both in print and online increasing.

“We stick to the formula of providing content that is relevant, engaging, enlightening and rooted in our readers’ community. Basically, we treat our audience like grown-ups.

“The paper version of the Indie especially gives our readers a really strong sense of identity about their home town: holding up a mirror to the community, shining the light on hidden gems and championing the various sectors of the community in Bishop’s Stortford.”