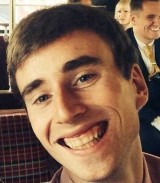 A local democracy reporter has praised the scheme’s impact on his career – saying he had encountered “too much clickbait” before taking on his current role.

Tom Dare, left, says he was questioning his decision to become a journalist before getting a job with the service, which sees reporters employed to cover local authorities by regional press groups using funds provided by the BBC.

Tom – who covers the West Midlands Combined Authority for the Birmingham Mail, Birmingham Live and the BBC – has written a piece about his time as an LDR after the service celebrated its first anniversary and 50,000th story earlier this month.

In his piece for Birmingham Live marking the anniversary, Tom wrote: “Before I first became a local democracy reporter eight months ago, I was beginning to question my decision to become a journalist.

“I’d only graduated in 2016 but my exposure to the media after that had been very mixed, with too much clickbait and not enough genuine reporting going on.

“I wanted to be covering stories of real importance, that actually affected people and the lives they lived. The Local Democracy Reporting Service was the answer, and I haven’t looked back since.”

After graduating with an MA in investigative journalism from City University in 2016, Tom worked for a variety of titles including the Islington Gazette, Ham & High and Hackney Gazette in North London and Essex Live in Chelmsford.

He moved to the West Midlands in July 2017 to take up a role with press agency Media Drum World and took up his current position in May last year.

He added: “Councillors and officers still seem shocked today when I show up to cover a meeting, but I’m very often welcomed by the chairperson of whatever board is being held that day

“For the most part members of the WMCA seem happy to finally be getting some coverage from the media, and this has helped me in fulfilling my role so far.

“My own personal favourite of the stories I’ve worked on so far was an in-depth look at the impact of council cuts on the striking Birmingham home care workers, many of whom will struggle to pay their mortgages if cuts to hours go ahead.

“Whatever it is, what’s struck me most about the job so far is the passion of the people involved in these stories, and their appreciation at finally being listened to over the issues that really matter to them.”