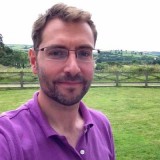 A pioneering public service reporting scheme between the regional press and the BBC has celebrated its 50,000th story being filed.

The Local Democracy Reporting Service has achieved the milestone almost exactly a year after its first reporter was appointed.

The publication of the landmark story comes as the BBC’s local news partnerships, of which the LDRS forms a part, welcomes its 100th member.

Bankside Press Ltd, publisher of hyperlocal website London-SE1.co.uk, has joined the partnership, giving it access to copy produced by journalists employed under the scheme.

The BBC says more than 90 per cent of the 150 roles created under the scheme have now been filled, with the reporters filing around 6,000 stories per month in total.

Matthew Barraclough, pictured, head of the local news partnership, said: “The work of the LDRS is hugely important – in some parts of the UK the Local Democracy Reporter may be the only journalist closely following council business.

“Their scrutiny not only serves the public interest, it supports the councils themselves. These reporters highlight successes as well problems, and they make the decisions of local authorities interesting and relevant to the electorate.

“Sharing 50,000 stories with local newspapers, radio stations, TV broadcasters and news websites has undoubtedly had a positive impact on democracy as well as the local news sector itself.”

James Hatts, editor of London-SE1, welcomed his organisation’s decision to join the service, saying the LDRS helped ensure “elected representatives are held up to public scrutiny”.

James added: “We have been covering local democracy on our patch for 21 years. Joining the partnership provides us with the opportunity to cover some meetings which we simply wouldn’t have the resources to get to ourselves.

“Our coverage area spans two local authorities so often it is a choice between which to cover. Hopefully the local democracy reporters can fill some of those gaps.

“I’m really glad that there is greater awareness of the gaps in reporting of our public institutions. Often I’m the only reporter in a meeting where big decisions worth millions of pounds are being discussed.”