A regional daily journalist has opened up about his past suicidal feelings in a bid to raise awareness of mental health issues.

Lancashire Telegraph health reporter Ben Butler, pictured, admitted himself to hospital last year due to the feelings he was having, and was off work for four weeks as a result.

Ben has now written a piece about his experience, and thanked his “incredibly supportive” colleagues at the Blackburn-based Telegraph for their help. 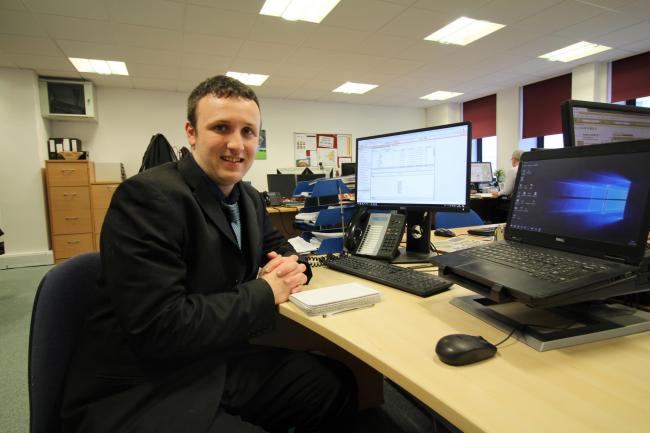 In his piece for the Telegraph, Ben wrote: “It was when I was just 20 years of age that I first experienced the dreadful and debilitating feeling of depression. Seven years later at 27, I still endure a constant daily battle with that dark cloud in my head, capable of sinking all the happiness out of me.

“Depression can affect everything from my personal hygiene to my ability to perform even the most basic of tasks such as washing dishes. You wake up in the morning and you don’t want to get out of bed, and you go to sleep at night and can’t switch off as your mind is in overdrive.

“It is a constant cycle like a song on repeat that never goes away and is always with you however hard you try to get away from it. The worst thing about it is it makes you think you’re never good enough, so I will compare myself to other people such as friends, family and work colleagues and consider myself inadequate in comparison to them.

“You can get constructively criticised in work and take it the wrong way and beat yourself up about it and think you’re not good enough to do your job. All of this can be incredibly difficult to deal with, so I have had evenings where I have overindulged with food and had the odd drink too many.

“It’s all incredibly frustrating and can make you feel quite angry and I hate myself for it sometimes, as I say to myself, why am I depressed? I have a degree and am doing the job of my dreams as a journalist yet I’m depressed. It just really does go to show that it can happen to anyone regardless of social class or income.”

Ben has previously been prescribed medication including anti-depressants such as Fluoxetine, Citalopram and Sertraline, but has also undergone therapeutic treatment more recently.

He wrote: “Last year, I reached a real low where I had to admit myself to A&E at Royal Preston Hospital as I had been feeling suicidal. It saw me have to take four weeks off work and my employer has been incredibly supportive throughout.”

Ben added: “Although attitudes have improved significantly over the past few decades, I will still get people who don’t understand it because it’s invisible and they will tell you to pull yourself together or that it’s all in your head. This all has to change so the battle can be won.

“In the UK, around one in four people will experience a mental health problem each year while the biggest killer of men under 45 in the UK is suicide, and the stresses of modern life will most likely only see this figure rise further.

“So in light of this, I felt it important to share my own experience and to try and raise awareness and educate. Remember, there is no shame in admitting that you’re not okay and in getting help.”