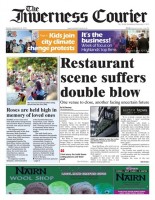 A regional publisher is under new ownership after being bought out by a new joint venture following a brief period in administration.

Edward Iliffe of Iliffe Media Group has teamed up with Peter Fowler, majority shareholder in Scottish Provincial Press, to take over the Inverness-based company.

The move safeguards 135 jobs at SPP which publishes 18 weekly titles and nine news websites including the Highland News and Inverness Courier.

SPP briefly went into adminstration earlier today before the buyout by newly-formed Highland News and Media Ltd, a joint venture between Mr Iliffe and Mr Fowler.

It is the duo’s second such venture in recent months, having previously purchased the Newbury News from its former owners.

In addition to its core titles in the East of England, Iliffe Media Group also owns the KM Group which it bought from the Allinson family last year.

Commenting on the acquisition, Mr Fowler said: “I am pleased that we have secured the future for the staff and the newspapers.

“With an impressive portfolio of iconic and much-loved newspapers, numerous special publications and rapidly growing digital activities, Highland News and Media is in a very strong position to deliver modern news and advertising solutions across the north of Scotland for many years to come.”

SPP will now trade as Highland News and Media Limited, but its new owners say there will be no changes to its portfolio of newspapers, special publications and websites.