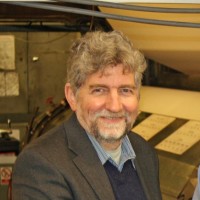 The future of a family-owned newspaper series has been secured after a deal involving regional press owners.

The New Milton Advertiser and Lymington Times has become the latest independent title to be taken over by a joint venture headed by Edward Iliffe and Peter and Rory Fowler.

The A&T title has been owned by the Curry family since 1930, but current managing director Eddie Curry says a sale had been under consideration “for some time”.

The deal becomes the fourth to be struck by the consortium since 2019, following their acquisitions of the Newbury Weekly News, Highland News and Media and the Stratford Herald.

Eddie has served as MD of A&T since 2012, having succeeded his father Charles.

Charles, who died last year aged 98, had edited the paper from 1966 until his retirement eight years ago, having first joined as a 16-year-old reporter in 1936.

Eddie, pictured, said: “For a quite some time we have been considering what was the best for the staff and the title in the long term.

“I am delighted that we can pass it over to Iliffe and the Fowlers, who I genuinely believe will give both the staff and the A&T the best opportunity for continuing to prosper in the future.

“I would like to thank the staff who have worked so loyally to produce the second-best weekly newspaper in the country – second only to Iliffe’s Cambridge Independent in the national News Awards.”

David Fordham, a non-executive director of Iliffe News and Media and who oversaw the acquisition, said; “We have long been admirers of the New Milton Advertiser and the Lymington Times.

“They are both wonderfully traditional newspapers that will fit well into the portfolio of titles published by Iliffe Media.”