Head of content steps up to become regional daily’s editor 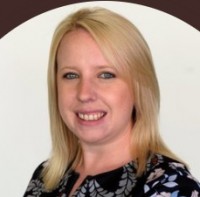 A regional daily’s head of content has taken over as its editor following her predecessor’s departure.

Laura Collins, pictured, has announced she has been appointed to the editorship of the Yorkshire Evening Post.

Laura’s appointment comes after Hannah Thaxter, who had edited the Leeds-based daily since February 2017, revealed in July she would be leaving her role for personal reasons.

Laura announced her new position in a post on Twitter, in which she also revealed the YEP would be running a special edition tomorrow marking 100 years since the founding of Leeds United Football Club.

I’m delighted to announce I’ve been appointed as the new Editor for @LeedsNews. To celebrate here is a sneaky peek of something special ? pic.twitter.com/LsnsjY73sC

She wrote: “I’m delighted to announce I’ve been appointed as the new editor for [the YEP].

“To celebrate here is a sneaky peek of something special.”

The role has seen work for the YEP, as well as its sister titles the Yorkshire Post, Sheffield daily The Star and other weekly newspapers across Yorkshire.

HTFP has approached both Laura and JPIMedia for a comment.